In the fall of 2002, we were fortunate enough to get RCD to board a plane from the swamps of Mississippi and to travel to Long Beach for a lecture. This was the first year I taught at CSULB and the future was bright.  Dan Larson made this all possible.  The lecture RCD gave was probably not at all what most of the attendants thought it was going to be - and many nodded off.  But if you want to hear about RCD academic history at the UW and the rise of a great program (and the challenges) with a condensed version of 497 and 498 thrown in, you are in for a treat.

The file is currently in .m4v format which makes for long downloads before playing (it's 1gig). Im converting it to .mov so that it can be streamed. If you want to access the lecture now, please see: 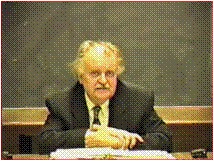 Colonization of the Eastern Pacific

John Terrell has written a kind commentary of our PNAS paper in the latest issue of PNAS. You can read it here:

An open letter to the AAA Executive Board

Dear President Dominguez, President-Elect Mullings, and the AAA Executive Board,

We are a group of anthropologists who maintain an online presence, through social media tools like blogs, Twitter, and Facebook. The focus and tone of our presence varies, from outreach to research, from teaching to career development, from the personal to the political. However, we are united in our passion for our discipline. We join with those who have applauded the wording of the “What is Anthropology?” statement which clearly outlines the interdisciplinary nature of anthropology and its methods, both scientific and humanistic. This statement achieves the inclusivity that the removal of “science” from the Long Range Plan threw into question.

However, we also want to express our concern over AAA’s public characterization that it was only the mainstream media and other outside coverage that engaged in active discussions of the actions of the Executive Board (EB), or that this media coverage didn't in some ways reflect real tensions and reactions within the anthropological community. As a group, we played key roles in the online discussion regarding the AAA EB recent omission of the word “science” from the Long Range Plan (LRP), as well as subsequent responses by the EB. By parameterizing the public discussion as only taking place in the media and among "outsider" bloggers attempting to construct an “us versus them” binary, the impression is given that there has been no internal dissent or dialogue.

In reality, there has been a vibrant conversation taking place on our blogs, on Facebook, on Twitter, and on other forms of social media, expressing myriad views regarding not only the LRP wording, the actions of the EB, and the role of science in anthropology, but also deeper questions of anthropological identity. Indeed, it was through blogs and Twitter feeds like ours that the media and outside bloggers first realized the depth of concern and confusion the EB’s actions elicited within the anthropological community. This concern and critique were more complicated, and frankly more interesting, than the dichotomous rift promulgated by the New York Times and other outlets, but it was real and it was taking place among anthropologists. We know the EB is aware of the vibrant online community of anthropologists that has been deeply engaged in this issue. We hope the EB will publicly recognize how anthropologists online helped advance debate over the controversy, playing a central role in creating a publicly available discussion that engaged the Executive Board, anthropologists of different persuasions, and the larger media.

Online communities represent a powerful tool for dissecting tensions and misunderstandings as well as for constructing a broad forum for interdisciplinary collaboration and identity-building. We believe this controversy could have been largely mitigated by more effective discussion of the Long Range Plan in public forums online, and more timely release of all documents related to the controversy. With respect to the association’s long-term planning, we also believe the EB will be well-served by developing a more explicit and robust approach to anthropology online, including issues around open-access scholarship, public dissemination of ideas, teaching, interdisciplinary collaboration, and connection with and support for anthropologists who work online. Our own experience during this controversy shows the potential and importance of online engagement. Many of us were operating in isolation before the news of the changes to the LRP allowed us to find each other, to coordinate postings and conversations both on- and off-line. We have been grateful for the online anthropology community that has come together because of our opinions on the AAA LRP. Some have described this conversation as a renaissance for the discipline, and others have committed to learning more about each other’s subfields because of the tension that we finally had to acknowledge, all because of the AAA’s removal of the word “science.” We encourage the EB to consider how to support anthropologists working online, and to encourage further online collaboration and dissemination among AAA members. This will strengthen the discipline, and also permit more timely discussion and engagement among AAA members as the AAA acts on its Long Range Plan.

We view our online role as anthropologists as contributing a valuable service to the discipline we love. We are hopeful that this episode in our shared history will prove to catalyze important and inclusive dialogue regarding who we are as anthropologists as well as the channels we use to communicate with one another. We encourage the EB and the AAA membership as a whole to participate in this online community, to hear and join with the voices that are coming from within our discipline. This is an opportunity to move past marginalization and work together toward rebuilding a truly interdisciplinary anthropology based on mutual respect.

Posted by Unknown at 9:25 AM No comments:

The Statues That Walked: Book Cover

We finally got the book cover... exciting!  We learned that this will be the production schedule:

1/13/11: copyedited manuscript in to production, sent out to authors for query

1/27/11: copyedit due back from authors to production

3/8/11: proof pages due back from authors to production

Posted by Unknown at 3:43 PM No comments:

I've started a shared collection of RCD paper: http://www.lipolab.org/rcd.html If you have pdfs to share or references to add, please let me know.

Posted by Unknown at 4:05 PM No comments: