Often in lectures, I bring up the point that some researchers have argued that the stemmed obsidian tools of Rapa Nui (see one below) were used as so-called "lethal weapons.”  This notion is part of the “Collapse” story that Diamond has made popular.  The argument goes that since these obsidian (sharp!) tools are found laying around the island (lots!) they must the leftovers from scenes of great battles in prehistory (the horror!).  In my classes, I often jokingly say that these researchers treat these treat these stone tools as the smoking gun.. the “Weapons of Mass Destruction.”  The thing is… these kinds of claims are actually being made.  And worse, they are being made by people who study ACTUAL WEAPONS OF MASS DESTRUCTION. You know... the kinds that kill people, not the “rocks on a stick” kind.  Check out this paper from two reseachers (Rasmussen and Hafez) at the Naval Post Graduate School, Defense Threat Reduction Agency. No, really… Check it out.

“Terrorist Innovations in Weapons of Mass of Effect: Preconditions, Causes, and Predictive Indicators.”

If the Defense Department is confusing rocks on sticks with weapons of mass destruction, we are in big trouble. 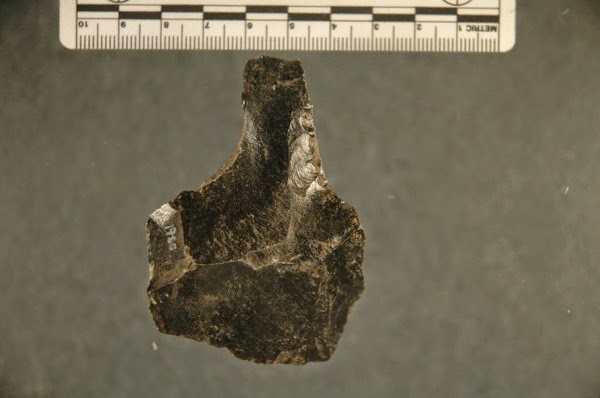 Posted by Unknown at 8:32 PM No comments:

While there are those that continue to assert that cultural variation is driven by the embedded homunculus in each of us, the more we know about the way in which change occurs, the more we see ourselves as part of the natural world, and thus explicable in the same terms. This realization doesn’t imply that we only change only in a genetic fashion but that cultural change can be accounted for as an additional aspect of the an overarching general framework.  One way we can see that is in our creativity. The homunculus believers hold that creativity comes from some inner genius who magically instantiates ideas out of the ether. More careful study of the process reveals a cultural inheritance basis in which patterns observed in one area are applied to a new one.  Isaac Asimov seems to have recognized this in his essay 55 years ago:

“Obviously, then, what is needed is not only people with a good background in a particular field, but also people capable of making a connection between item 1 and item 2 which might not ordinarily seem connected.”

“Making the cross-connection requires a certain daring. It must, for any cross-connection that does not require daring is performed at once by many and develops not as a ‘new idea,’ but as a mere ‘corollary of an old idea.’”

Posted by Unknown at 8:42 AM No comments:

Quote of the Day

"If there is a single obstacle to our progress it is that, in an absence of a stabilizing core of theory, archaeologists have adopted the supertramp strategy (Diamond 1977) rapidly colonizing each newly attractive methodological patch spawning a breed of cryptic offspring and moving on."