Hoto Iti: The Statue That Walks 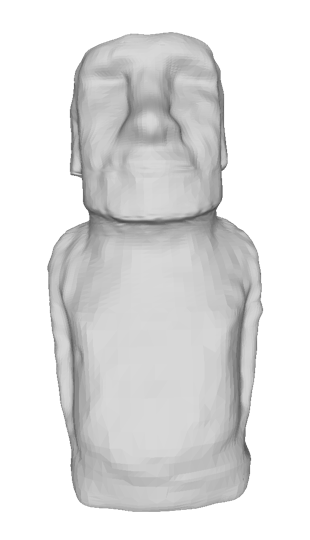 I left Long Beach on Saturday for Honolulu and the site of our Hoto Iti moving attempt.  This next phase of the NOVA filming will, hopefully, demonstrate how an actual moai can be moved in a standing position using its own distribution of mass and shape to facilitate its "walking."  Earlier this spring I created a 3D model of a "road" moai (i.e., one that was abandoned after falling during transport) that was then used by Janicki Industries in Sedro Wooley, Washington to fabricate a mold that was then used to create a 5-ton 10-foot tall cement replica.  This was then shipped to Honolulu on a container ship and now rests at the port of Honolulu.

Committee Films (the production company) has arranged to have Hoto Iti brought to Kualoa Ranch.  Kualoa Ranch is an enormous chunk of Oahu located out the northeast side of the island.  It's a stunning valley with massive cliffs and the classic "Polynesian-style" spire top mountains associated with young volcanic landscapes. The ranch is about 4,000 acres and was historically used for sugar cane cultivation (and prehistorically there were fishponds, terraces and pond-fields up in the upper part of the valley).  The ranch seems to be largely used for filming these days -- Jurassic Park, 50 first dates, Godzilla, Mighty Joe Young, Windtalkers, Pearl Harbor, Lost, Stargate Atlantis and, of course, Hawaii 5-O (and more) were all filmed there. So it seems oddly familiar.

We all (the Committee Film folks - Maria, Andy, Ben, Bo, Matu'a, Meghan and Terry, Marc and Hotu the dog) met at the Ranch on Sunday afternoon to "scout" out the location. Earlier this spring Terry and Alex Morrison had measured some of the slope features of the road that stretches along the valley floor to find a suitable stretch that might work for our statue movement attempt.  We need some place that has slopes that are no steeper than 3 degrees going uphill and 6 degrees going downhill. These slope constraints are based on measurements of actual moai roads on Rapa Nui -- the south coast road stretch has such parameters. 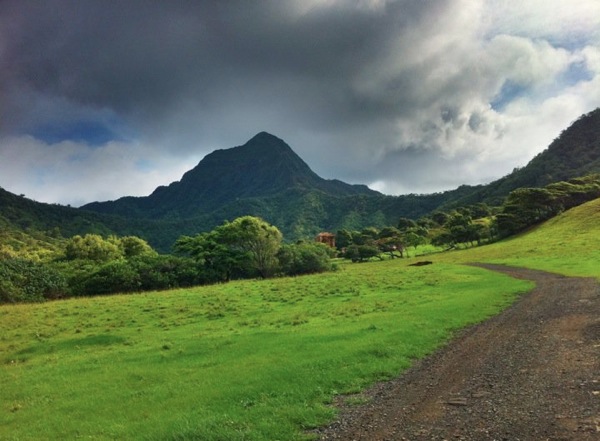 We found what looks like a suitable place in the upper part of the valley, below the location of what we think is the "Stargate Atlantis" set.  Its a fairly flat stretch that has enough space on the sides of the road for the team of rope pullers to work. It also appears to be accessible for the giant truck and crane that will carry Hotu Iti to the location.   There are some undulations in the road and of course the notion of moving a giant 5 ton statue across this surface will be complex.

I have to admit that the movement attempt fills me with more than a little bit of anxiety.  Will it fall over and break into 10 pieces? will it just sit there as we pull on the ropes?  Can we figure out generations of learned information in just a few short days? I guess we will see!

I guess, with the advent of technology, instead of increased interest in farming, more and more people are desiring the urban lifestyle. The healthy lifestyle that a ranch offers can never be lower than the food being offered at fast food restaurants. If only I could afford the picturesque ranch for sale in colorado, I would've bought it. Someday, I hope I will.

Those Tiki figures have become symbols of us surfers. In surf camps australia, they are considered deities of surfing where we pay homage to them before an event.