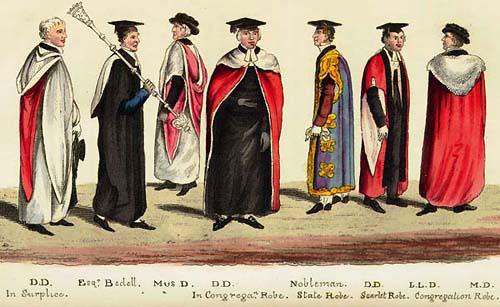 I am happy to report that the Dean of the College of Liberal Arts and the Department of Anthropology RTP committee has recommended me for promotion to full Professor.  Though there were some vile shenanigans at the level of the college committee (and one Department member who was on this committee) but the Dean and Department have strongly supported my promotion.  The final, final word, of course, comes from the Provost who makes the actual decision (this won't be done until June 15).

So with any luck I will soon be wearing, on a daily basis, elaborate robes such as those that Cambridge professors sported in the early 19th century.